Please visit Just Marine at the 2016 Annapolis Fall Sailboat Show, also known as the United States Sailboat Show. We will return to Booth D-17 with the dan buoy, the ReelSling, the Recovery Ladder, and the 2 man coastal life raft, all from SOS Marine of Australia. 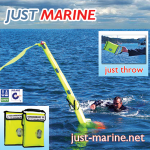 We look forward to sharing the story of a life saved last April in the 2016 Newport to Ensenada International Yacht Race by a crew who had the SOS Marine dan buoy aboard. Their shipmate went overboard offshore at night, breaking his collarbone in the process. The boat charged on downwind, but someone had seen him go over. His shipmates knew to immediately Just Throw! their dan buoy to their MOB shipmate. In the darkness of night, the dan buoy’s strobe, on top, helped them find him, return to him, haul him aboard.

He remarked that getting back aboard was a significant challenge. More sailors are recognizing the merits of the Recovery Ladder. It is well liked especially by the sailors who have been overboard.

Two devices in one! This is not only a MOB ladder, but also a parbuckle lifting device for (horizontally) lifting hypothermic or injured sailors! Come by our booth so you can see for yourself!

Two MOB Recovery Devices in Once

Use as ladder or as a lifting sling! 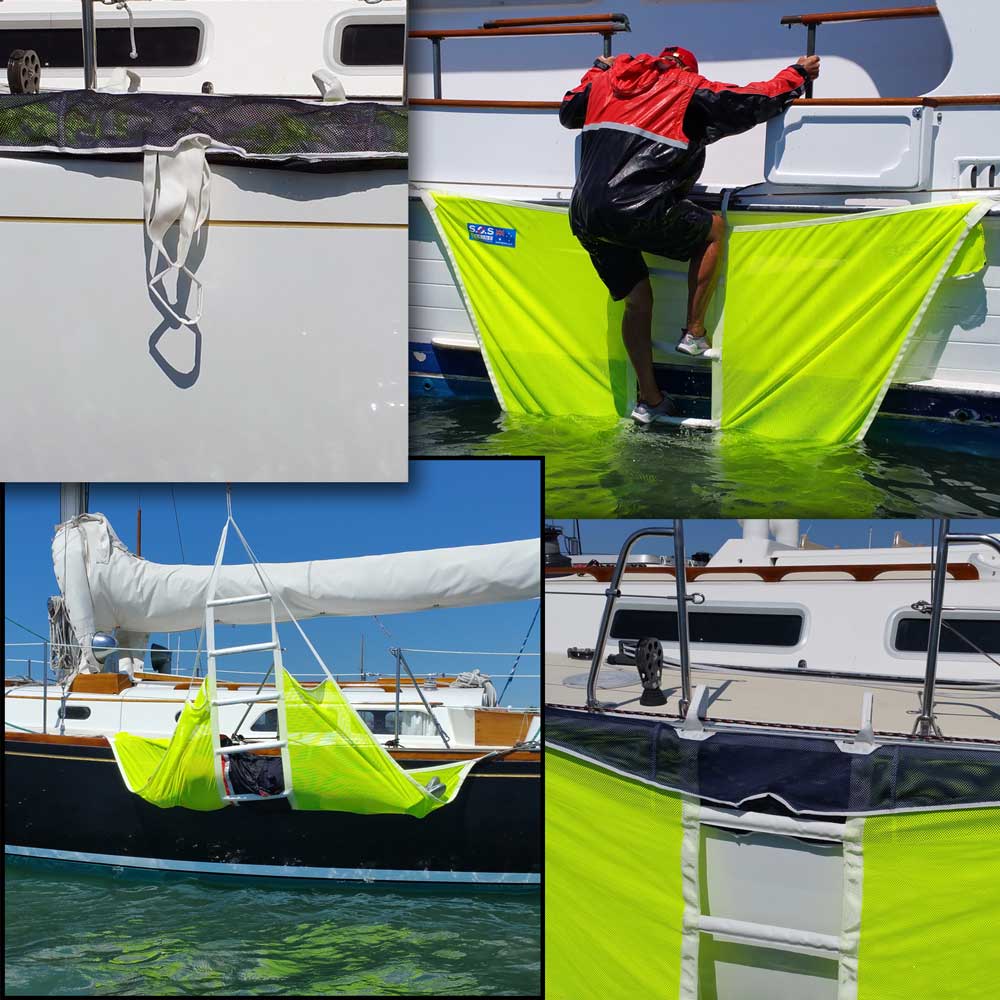